Pictures of a number of our embroidered implants

Not all these devices are CE marked or otherwise approved for general sale and distribution, and are shown to demonstrate the potential of our patented manufacturing technology 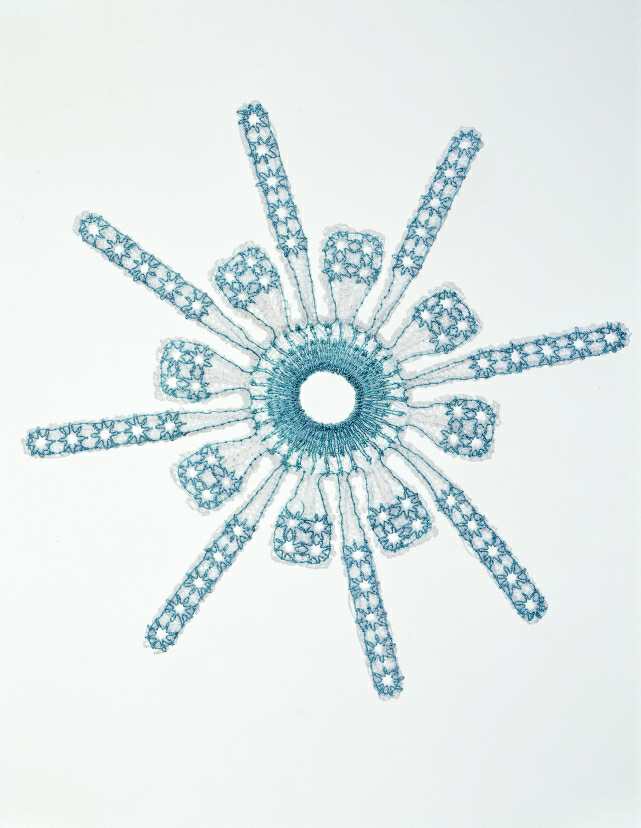 The above device was featured on many of the posters advertising the Extreme Textiles exhibition at the Cooper Hewett National Design Museum (part of the Smithsonian) in New York during 2005. It subsequently was listed as one of the Amazing Inventions of 2005 by Time Magazine.

It was also featured in the “Power of Making” exhibition in the Victoria and Albert Museum in London (tier most successful free exhibition since 1950) during 2011, and has been entered into their permanent collection.

The device was custom designed for a patient who had had a tumour removed from his shoulder and needed extensive reconstruction two years afterwards. The surgeon requested a wide range of possible attachment points so that he could use all the tissue he found in the patient at that later date. Hence this design, which has been described as a "beautiful snowflake" 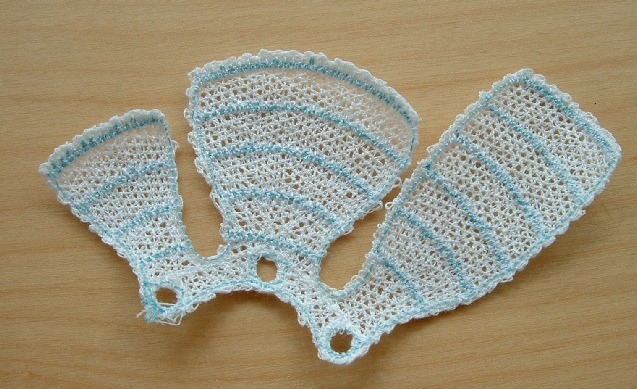 For the repair of the rotator cuff of the shoulder,

(but, under prescription, has been used for the attachment of the deltoid muscle to a prosthetic humerus) 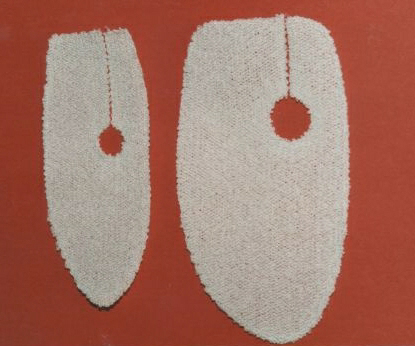 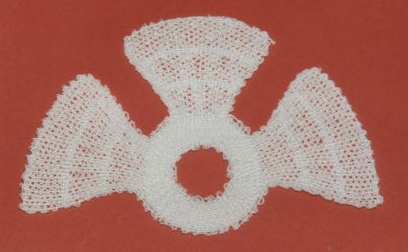 Rotator cuff repair device - since redesigned and shown below 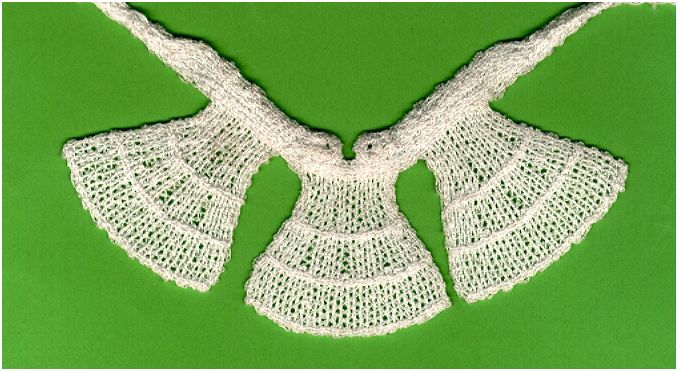 Julian Ellis or Michelle Rae will be delighted to hear from you.